The rocky walls of the UNESCO Dolomites paint a color spectrum going from light yellow to bright red, then softening into delicate violet nuances

Val di Fiemme, in the Dolomites of Trentino, is surrounded by peaks of rare beauty – the tops of Latemar, Pale di San Martino and the mount Corno Bianco are all declared “World Natural Site” by Unesco. One of the marvels that are originated by the particular mineralogical composition of the Dolomites, is the natural phenomenon called Alpenglow.

As the Dolomites are composed of calcium and magnesium carbonate, at sunset the mountains glow with an intense red colour. The rocky walls develop a colour spectrum from pale yellow to bright red, which weakens in various levels of violet, then disappears into the dark night. If you want to live a priceless privilege in one of the most beautiful corners of the Alps, with your skis on, this is the right occasion for you.

In Val di Fiemme this show, known as Alpenglow, takes place every day at sunrise and sunset, on the rocky walls of Latemar and Pale di San Martino. It can be admired from the valley’s towns and from higher locations as well, like from the Lavazè upland and the peaks of Predazzo, Bellamonte, Pampeago and Alpe Cermis. The Geological Museum of the Dolomites in Predazzo and the Geotrail Dos Capèl narrate all the secrets of the Dolomites and 230 million years of world history. 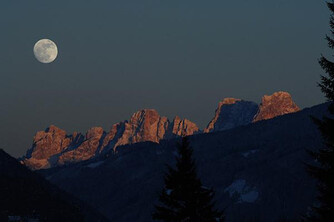 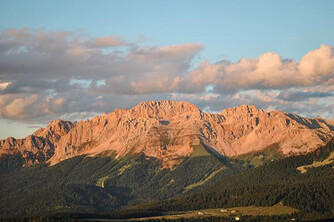 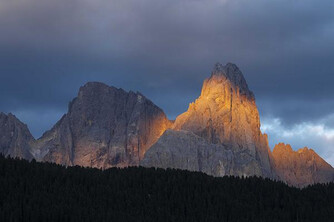 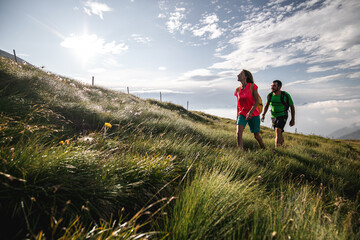 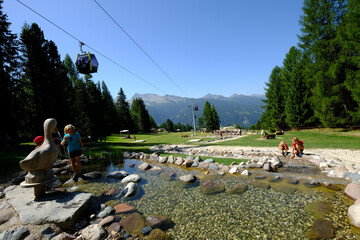 The 4 Paradises of Fiemme

Between 1.200 and 2.200 meters of altitude are located the highest art park in the world and three fantasy parks which explain nature while playing. 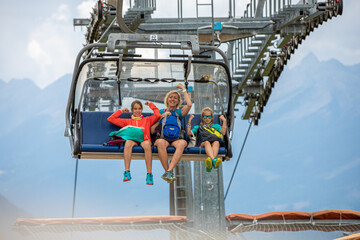 For an environmental-friendly mobility 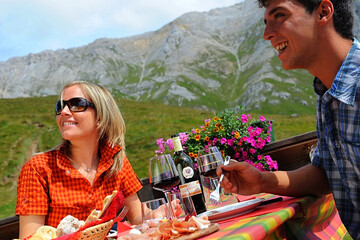 That “vertical” flavour of a mountain hut 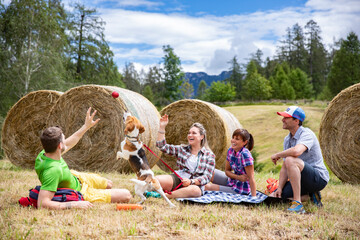 With the Fiemme Piné Cembra Guest Card you will have discounted access to chairlifts and cable. You will discover amazing naturalistic places, museums and the most exciting activities with expert guides.