Appointments unique in the World

What's on in summer?

During the summer, our valley becomes a natural theatre for the high-altitude concerts “The Sounds of the Dolomites” and an outdoor art gallery at the art park “RespirArt Pampeago”. You can also enjoy the “Herbs, Flowers and Tastes Week”, “Family Weeks” and “Trentino Danza”, as well as the historical commemorations “Le Corti di Tesero” and “Catanaoc ‘n festa”.

Summer is also the season of cycling competitions, such as the “Marcialonga Cycling Craft”. You are not a biker? Race by foot (and uphill!) at the skyrunning race “Stava Skyrace”.

What's on in winter?

Every winter, Val di Fiemme gathers an army of volunteers for the sports events organized in the valley. For people coming from big cities, it is hard to believe that a community can put so much effort in a common game, but the inhabitants of Fiemme have voluntary work and solidarity in their blood. The three editions of the Nordic World Ski Championships (1991, 2003, 2013) and the legendary Marcialonga are proof of what they are able to achieve. In particular, every edition of Marcialonga is welcomed with great enthusiasm.
Besides hosting the FIS Nordic Combined World Cup races, Fiemme is also the final stage of the thrilling Tour de Ski that attracts the best cross-country athletes who are ready to climb up the slope Olimpia at Alpe Cermis and reach the finishing line.
For the young, especially for those who have remarkable talent for cross-country skiing, Val di Fiemme organises the international race Skiri Trophy XCountry.
Fiemme is also the valley of one hundred “Cribs of Tesero”, exhibited in courtyards, tiny streets and windows at Christmas time.

In March, the ski slopes turn into a white stage for black music thanks to the original festival “Dolomiti Ski Jazz”.

Last but not least, one of the oldest and colourful parties in Trentino is the “Carnevale dei Matoci” in Valfloriana, during which people tell jokes, eat and laugh. 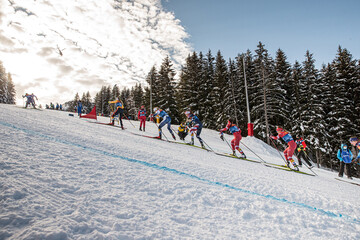 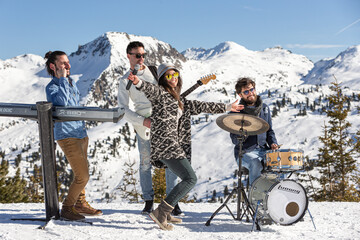 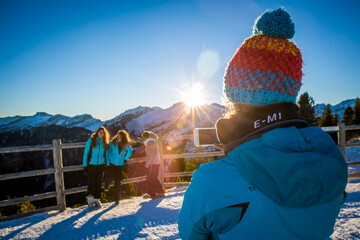 An unforgettable experience until the daybreak!
Events

Find out our special deals:

Your search does not yield any results.