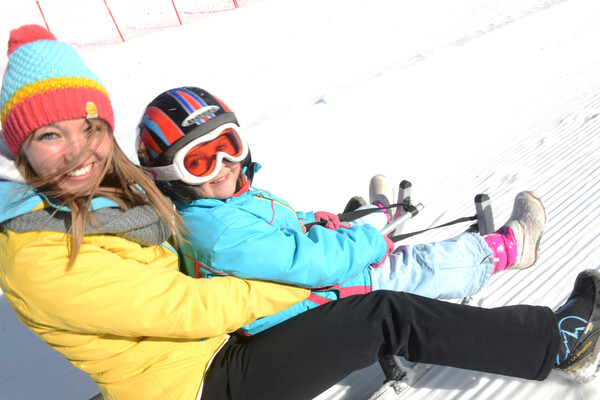 There’s a valley dedicated to children, but especially to those parents who want to hear them laughing and to surprise them with new amazing experiences on the snow.

In Val di Fiemme, in the Dolomites of Trentino, the “Family Hotels” guarantee full relax in their spaces. Lots of activities and comforts for children, that mum and dad do appreciate. The most magical weeks (Magic Ski Weeks offer) propose children up to 12 FOR FREE: skipass, hotel, ski school and ski rental.

In the stunning landscapes of Val di Fiemme you can find 3 Ski-Kindergarten, 5 sledding slopes, 3 snowboard parks and 6 amusement parks for sledges, bobsleds and colourful inflatable sleds. There’s even the Alpine Coaster Gardoné - a run into the wood covered with snow, on turns and parabolic turns.

1 - From 2016-17’s winter, children can spend the whole day by sledding down Fraina slope at Bellamonte-Alpe Lusia skiarea. The very long slope, extended by 300 metres, lets you go sledding for 2 km and reach the top of the slope by easily carrying the sled on the brand-new Bellamonte 3.0.

2 - At Ski Center Latemar, there’s the famous 2.5km Obereggen sledding slope, illuminated by night on Tuesdays, Thursdays and Fridays from 19.00 to 22.00.

3 - At Ski Center Latemar, from Epircher hut in Obereggen there’s the new 750mt Absam sledding slope that will be served by the modern telemix, Laner. Yes, because the old Laner chairlift has been substituted by a skilift composed both of chairs and gondolas. While skiers can reach the slopes on the chairlift, who wants to ride his sled and kids can take the gondolas, in order to get to the top more comfortably and safely. The new Obereggen skilift has 6-seat chairs and 8-pax gondolas.

4 - At Gardoné in Predazzo, there is the 500mt sledding slope and the Alpine Coaster Gardoné, a one-kilometer run down turns and parabolic turns into and out from the wood.

5 - At Alpe Cermis there are two 200mt slopes - one for sleds and one for inflatable sleds. Both arrive at Cermislandia, an extraordinary park that during 2016-17’s wintertime will present new play stations in the snow. Next to Cermislandia, the new ski school field.

THE FOREST OF DRAGONS

On Predazzo side of Ski Center Latemar, some gondolas wear scales and claws. They were painted following the “Friends of Dragons” projects. At the upper station of Predazzo-Gardoné cableway you can walk in the loop route “The Forest of the Dragons”. Among spruces and larches, you can discover dragon wings coming to surface, mysterious “arch-moths” suspended in the branches, a magical well, a giant dragon’s nest but also etchings on the rock announcing the comeback of the dominant flying creatures to our Earth. All are land art masterpieces created with materials found in the wood. Children can complete the “Dragon Seeker” mission in three booklets like the one about the dragons Kromos, Zoira and Rametal (€ 5,00 each, in English and German too). Along the 1.5km loop route, properly trodden, you can experience a real fairy-tale walk in the wood. 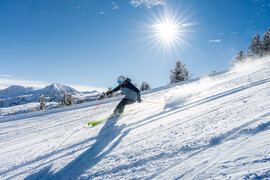 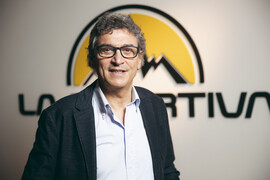 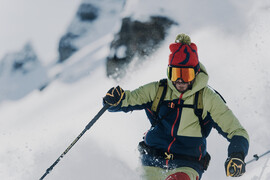 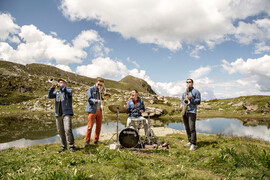 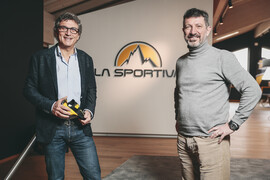 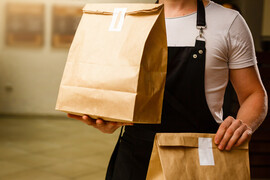 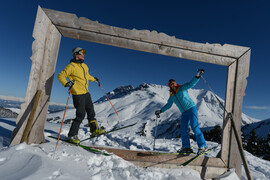 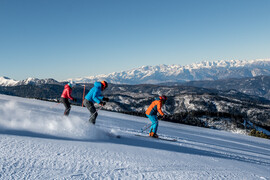 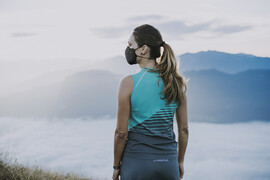